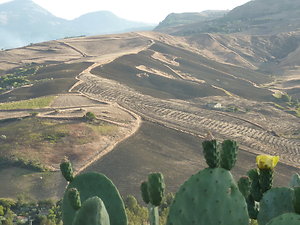 Below I've summarised some approaches to couples counselling that influence me. There is quite a bit of theory around couples work and this is only a small selection, however I feel it speaks to themes that come up in similar ways elsewhere. I hope its a useful resource for interested clients and any students who might be researching the topic.

Freud said, “When making a decision of minor importance, I have always found it advantageous to consider all the pros and cons. In vital matters, however, such as the choice of a mate or a profession, the decision should come from the unconscious.... In important decisions of our personal life, we should be governed… by the deep inner needs of our nature”. This is an interesting statement.

Certainly a lot of people choose a partner unconsciously. Harvel Hendrix expands on this in his “Imago Theory”. Hendrix says there is actually a quite small group of people who we are prepared to select as mates. These are people who remind us of our childhood caregivers. Hendrix suggests we unconsciously pattern, looking for partners who contain the best and worst traits of our parents. He argues that the purpose of a relationship or marriage, at an unconscious level, is to repair childhood wounds.

Dr Eric Berne, the architect of Transactional Analysis (TA), says “the basis of marriage… Is the secret contract between the two children, the contract of the script (unconscious life plan made as a child) and that the selection of a mate from all possible candidates is based on this”.

When Berne refers to children he is referring to his theory of ego states. This, very briefly, is known as PAC: that we are made up of three observable ego states; Patent, Adult and Child. Berne argues our inner Child selects a partner who fits our script: someone who is familiar perhaps and could fit into our family’s way of doing things.

This might explain our euphoria in finding “the one”. People often refer to their “other half”. This is perhaps because opposites tend to attract as we seek in the other that which is lacking in ourselves.

Initially couples seem to seek similarities, “symbiosis” as Bader & Pearson describe it in their model of couple’s therapy, based on Mahler’s theory of child development. Hendrix refers to “the phenomenon of reunification” and then says couples move to a power struggle where they fail to meet one another’s needs. His remedy is awareness and what he calls the conscious marriage. This involves understanding what the relationship is for and understanding yourself and your partner with a view to working to meet each other’s needs within the safe context of the relationship.

Being conscious in TA terms is a more Adult-Adult relationship using the extensive body of theory to explore what is going on consciously and unconsciously to elevate the couple to a higher level of awareness and relational sophistication. In short, to elevate from Child-Child squabbling. The developmental model (Bader & Pearson) follows a similar theme.

Steinmetz’s has a five stage theory of marriage (or relationship): illusion, disillusion, misery, awakening and love. Imagine these as a V shape with misery at the bottom. He said that at stage three, misery, couples would split, stay miserable together or embark on self-discovery, growth, problem solving and, finally, intimacy.

This chimes with the words of Oliva Harrison (wife of George of The Beatles) in a fifty second film called “Wisdom” (https://youtu.be/F6X9EyQdbf0) in which she says, “ …sometimes people say what’s the secret of a long marriage…it’s like, you don’t get divorced! And I think, you go through challenges in your marriage, …there’s a reward at the other end of it, there’s this incredible reward, you love each other more, you learn something, you let go of something…you get those hard edges, get softened…life shapes you”.

In his ten million copy bestselling TA Book the psychiatrist Thomas Harris MD said the following: “when marriages break… The Child takes over in one or both partners, and the whole marriage is shattered when imperfections begin to appear”.

In the following extract when Harris refers to the Parent, Adult and Child he means the parts of a person’s ego state.( Have a quick read about PAC so you are clear about the idea).

Harris continues, “When one stops to consider the massive content of archaic data which each partner brings to the marriage through the continuing contribution of his Parent and Child, one can readily see the necessity of an emancipated Adult in each to make this relationship work. Yet the average marriage contract is made by the Child, which understands love is something you feel and not something you do, and which sees happiness as something you pursue rather than a by-product of working towards the happiness of someone other than yourself. Fortunate and rare are the young partners whose Parent contains the impressions of what a good marriage is. Many persons have never seen one. So they borrow a concept of marriage from the highly romanticised fiction they read … when the illusion begins to shatter the Child comes on…and the whole show ends with everything in little pieces. What is borrowed is the illusion and what is blue is the child. Archaic feelings of NOT OK contaminate the Adult in each partner, and, having nowhere else to turn the partners turn on each other.”

Armed with knowledge, change is possible. Steiner, another leading light in Transactional Analysis sets out a possible road map to help. He refers to the need to achieve “emotional literacy”; the ability to understand your own feelings and empathise with the feelings of others. Steiner sets out three stages in emotional literacy training; Opening the heart through “stroking” (giving positive affirmations to your partner and receiving them), surveying the emotional landscape (using feeling statements and revealing our intuitions and hunches), taking responsibility (apologising and forgiving).

In 1972 Campos and McCormack produced a TA Primer pamphlet entitled “Introduce your Marriage to Transactional Analysis”, to support group couples therapy. This outlines the PAC principles, transactions, strokes and games in order to help couples understand their own relationship. Almost fifty years on it is still a sound framework for exploration.

So what does this all boil down to? It seems that in many cases we make our choice of partner based on unconscious processes that seem to link back to childhood. In our initial desire to merge we ignore differences. Later when these become apparent there comes dissatisfaction and on occasions a power struggle that can leads to squabbling and negativity and, on occasions, deep distress and misery. Therapeutic intervention can help us shift to a more Adult and conscious relationship which incorporates personal and relational growth, better communication, greater real intimacy and a deeper stronger lasting union. Not every couple wants this and not every couple has sufficient Adult reflective capability to achieve it. Many do though and the investment can be highly rewarding.

Bader, E & Pearson, P (1988) In Quest of the Mythical Mate: A Developmental Approach To Diagnosis And Treatment In Couples Therapy, Florence KY, Brunner/Mazel.